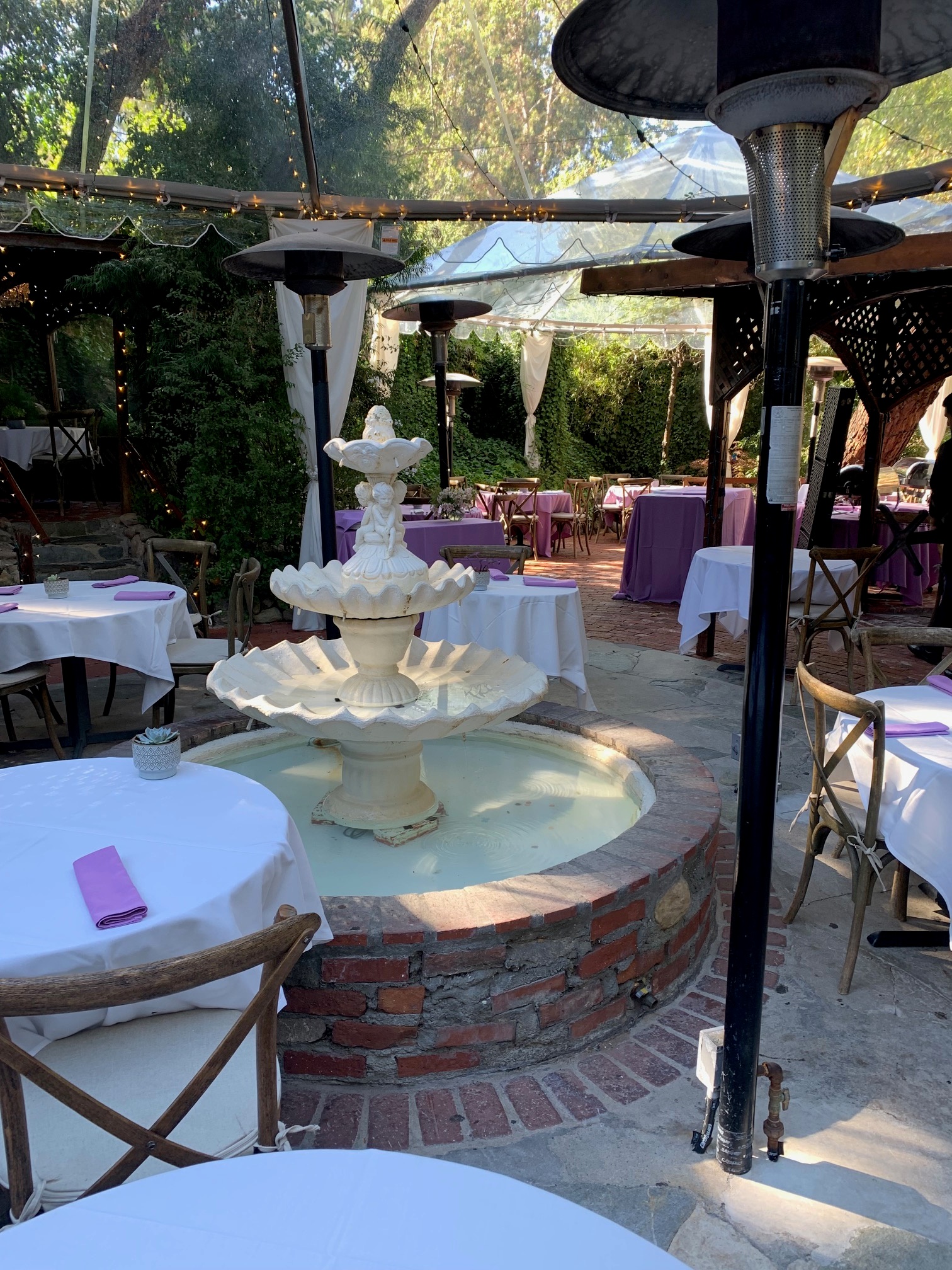 North of Malibu in the mountains of Topanga is the Inn of the Seventh Ray, a great restaurant and a great LA wedding venue. Shortly past the turnoff for the Getty Villa on Pacific Coast Highway, turn to follow the sinuous Topanga Canyon Boulevard as it weaves through the mountains, leaving behind the affluent suburbs of Malibu and melting into wilderness. Then, after a few miles, homes and stores will begin to appear among the trees. Among them is the Inn of the Seventh Ray. 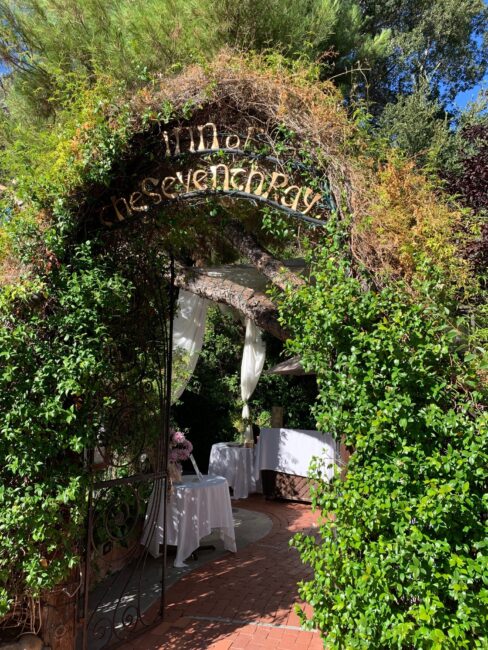 The Inn grows out of the forest – it’s cloaked from the main road by a veil of trees and lush vegetation surrounds the dining area. Sparse chaparral canopies of leaves hover above the tables, providing an abundance of shade from the often unrelenting LA sun. Much of the patio floo is covered with simple brick and rock, giving it a rustic and romantic feel. 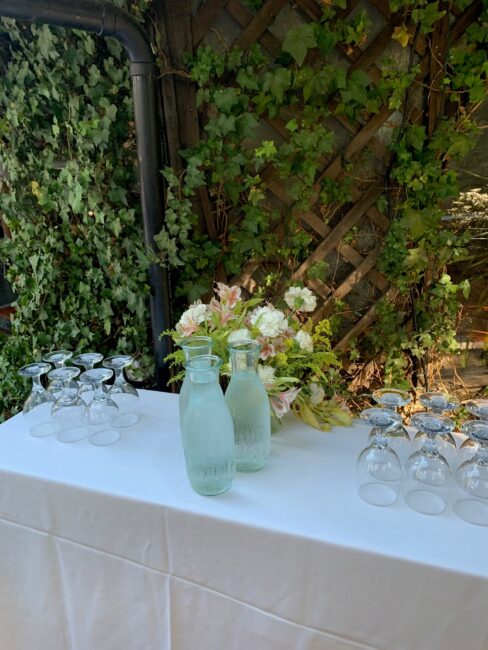 A wedding ceremony at a great LA wedding venue like the Inn is a dream come true. They will put together the whole ceremony for you, providing enough seating for up to 250 guests and arranging a picturesque site for the ceremony.

With its trees, simplicity, and harmonization with the outdoors, the Inn has a uniquely bucolic atmosphere to it. And just as one-of-a-kind is the food. Fronting as a modern Californian restaurant when not letting itself to Los Angeles wedding ceremonies and other events, the Inn has a long culinary history to it. 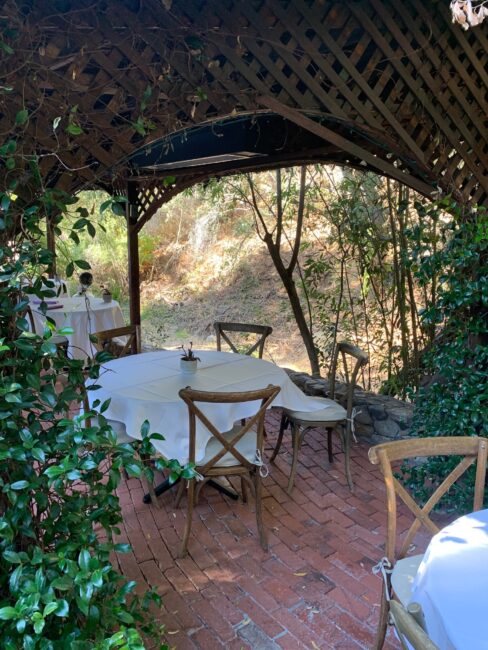 For almost half a century it has been serving back-to-roots foods, focusing on natural and simple ingredients while eschewing processed foods and additives. As California’s gastronomic culture has evolved, so has the Inn, but it still keeps its foundational principles at heart. Holding your wedding at the Inn, your reception will be catered by some of the best chefs on the West Coast. 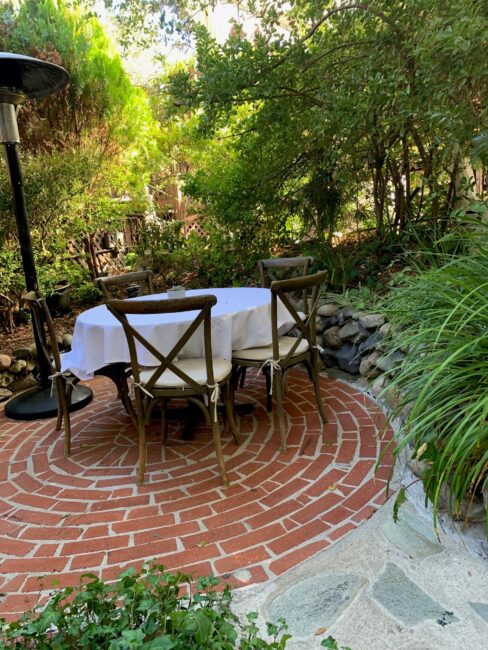 The Inn of the Seventh Ray is a great LA wedding venue for both large and small ceremonies. Whether it’s the food, the scenery, or the temporary escape from the city that appeals to you, no couple will be disappointed by what it has to offer.

Planning to get married at the Inn of the Seventh Ray or another great LA wedding venue? Whether you’re getting married in LA, Orange County, Ventura County, or anywhere else in Southern California, I can issue your marriage license and officiate your marriage on the same day. Your wedding ceremony can make for a hectic day, but I help make things go smoothly. You won’t have to deal with the legal and administrative hassle of going to the County Clerk’s office to get a marriage license and since I come to you, you can get married anywhere you want. Call me at 562-547-3255 or fill out this contact form to learn more.