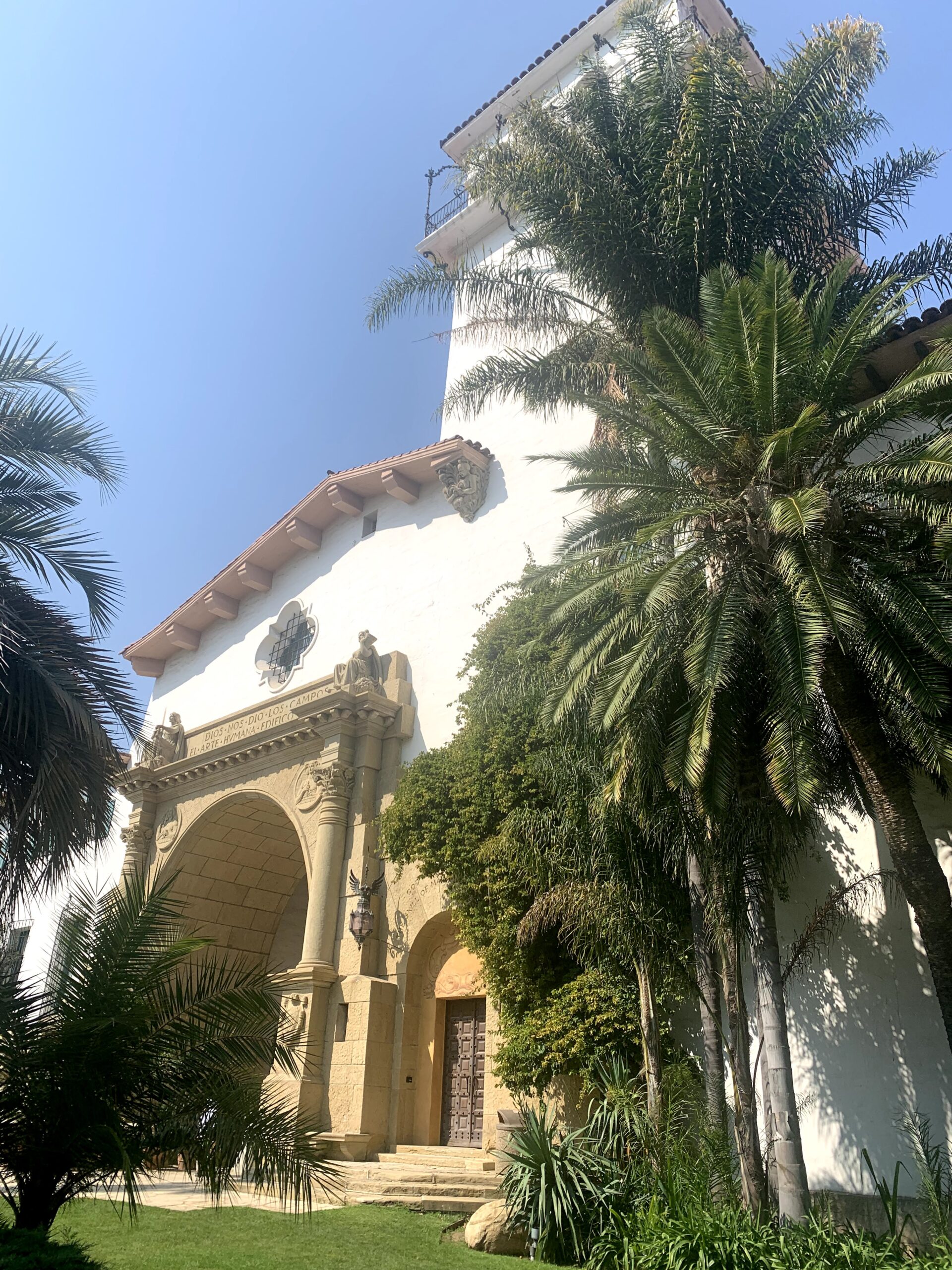 As a Santa Barbara wedding minister, I’ve been all around the county at the city’s most beautiful wedding venues. But my favorite still is the Santa Barbara Courthouse. Just off of Santa Barbara’s highly walkable State Street, with its Spanish-style architecture and its preponderance of unique little shops and restaurants, is the magnificently designed Courthouse. Someone once called it the most beautiful place in American where you can be sentenced to death. But while capital punishment is currently on a moratorium in California, you can experience the flipside of that coin by getting married there. 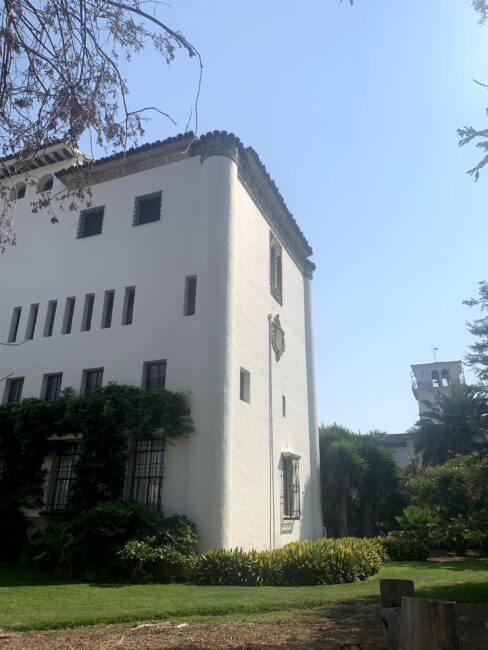 Santa Barbara is known for its prevalence of Spanish Colonial Revival architecture. All throughout the city you’ll find homes, storefronts, apartment complexes, and government buildings reminiscent of the city’s old Spanish mission, with red-tiled roofs and white and beige walls. But few of these rival the beauty and grandiosity of the Courthouse. 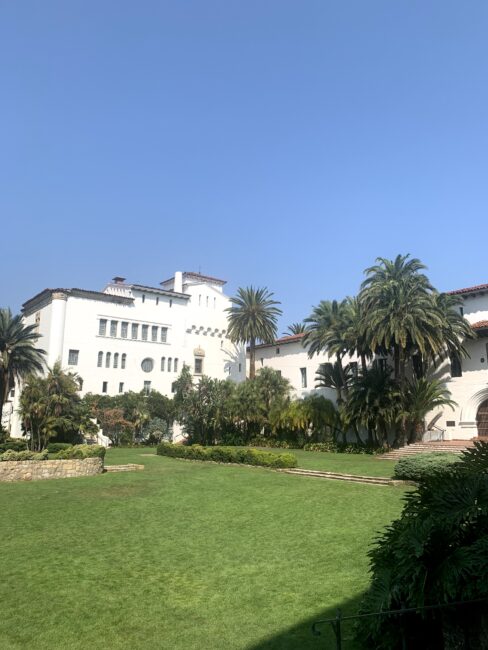 The Courthouse and its grounds take up an entire city block. Take a walk around the building under the cover of palm trees and lush chaparral foliage, through stone archways and across its lawns. Look up at bell-topped parapets and European-esque thatched windows, at the columns that rise at every corner and the clear Santa Barbara sky that paints the walls orange and yellow in the sun, black and blue in the shade. 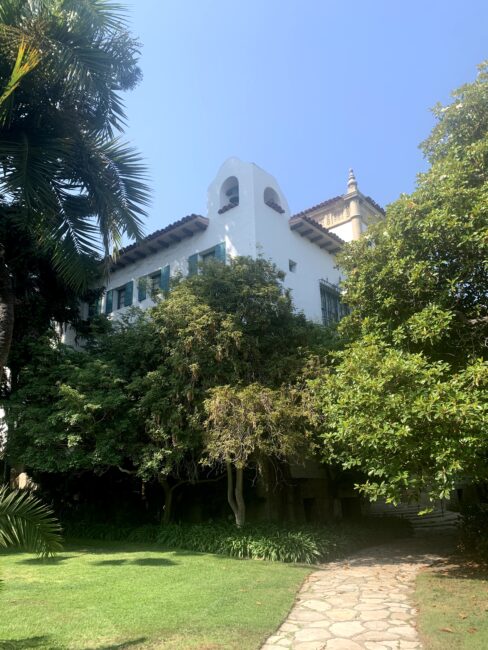 The interior is just as stunning as the Courthouse’s façade. Walking through the halls you feel like you’re in an Old World estate where every surface is decorated with. One of the most beautiful areas of the Courthouse is the the Mural Room, decorated with ornate scenes that intricately retell the history of Santa Barbara. The ceiling is lofted and decorated with golden arabesque patterns, chandeliers hang, and the windows are draped in fine curtains that give the room a palatial splendor. Although it sometimes still operates as a courtroom, as a Santa Barbara wedding minister I’ve married couples in there when the court’s not in session. 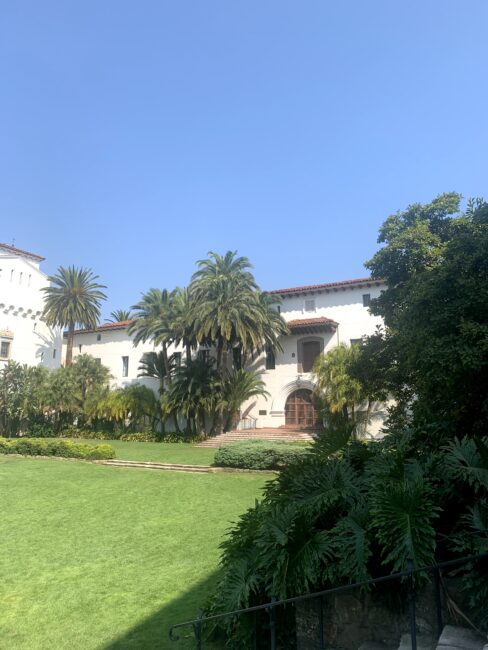 Climb a couple of flights of stairs to the Courthouse’s observation deck, where you can see all of Santa Barbara stretch out before you. Beyond the city and its red roofs, the ocean stretches continuously and the still pristine mountains occupy half the sky.

Between its pathways and its sprawling lawns, its courtrooms and its archways, its observation towers and subtle vestibules pocketing its hallways, the Santa Barbara County Courthouse is practically made for weddings, and as an experienced Santa Barbara wedding minister I can help you get married at there today. Learn more about having your wedding at the Courthouse by clicking here.