Televised Celebrity Wedding for Reality Television by this Ceremony Officiant

Chris was asked to be the wedding ceremony officiant for The Real Housewives of Miami Season 3. This was for the wedding of reality stars Joanna Krupa and Romain Zago in June 2013. It aired in early September of 2013. The poolside wedding location was the rooftop of the Park Hyatt Aviara resort in Carlsbad in San Diego County, California with many reality TV show guests. 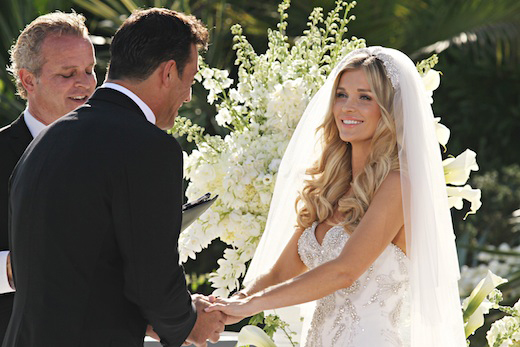 The bride, a stunning natural beauty, wore an amazing $30,000 designer gown by Chagoury Couture. Krupa tweeted a preliminary photo (below) before the airing of the television show. It shows Officiant Guy officiating the wedding ceremony. Take a look at her tweet account here. 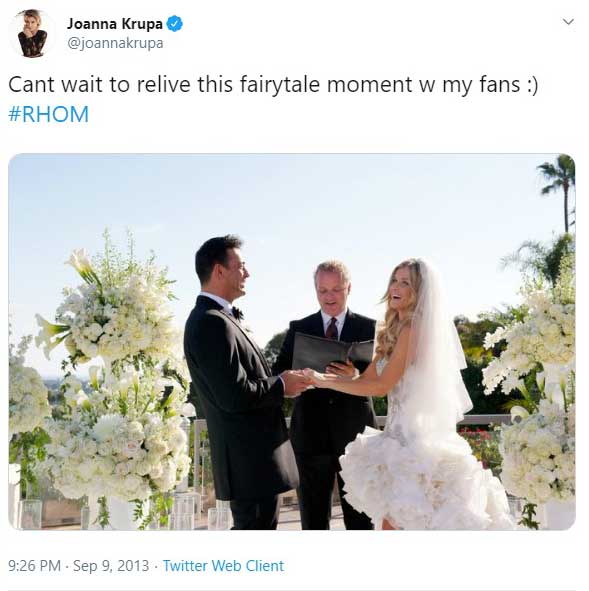 Although these reality stars were a part of a televised celebrity wedding, you don’t have to be a celebrity to get married by the Officiant Guy. Chris loves meeting people from all over the world. You’ll find that he’s witty and poised and very intelligent. He is an attorney, a legal document assistant, and a specialized notary, but very unassuming.

Check out this video here:

When you and your fiancé want to have a wedding somewhere in California, get in contact with the very best officiant or weddings. If you need a hassle-free Los Angeles wedding ceremony, he can help you!

Chris has been an officiant for over 20 years. He has made it easier for couples in love. He has gained the faith of thousands of couples. He is a marriage-license-issuing notary, combined with being a great guy, and a California attorney. If you need a San Diego ceremony officiant contact Chris. Officiant Guy helps thousands of people get married, and many many celebrities. However, he cannot tell you about most of the celebrity weddings because he often has to sign a confidentiality agreement. But if it’s publicized or televised then it’s public knowledge. Unfortunately, even the celebrity weddings he is allowed to disclose, he just doesn’t. He just is too busy. Plus, he respects people’s privacy.

Give Chris a call. He prides himself on his customer service and his personal service. He doesn’t care if you are a celebrity or not. Many people fly in from all over the country just so he can marry them. That’s pretty popular.