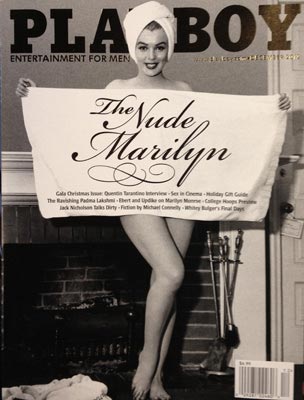 A small, intimate wedding at the Playboy Mansion turned into news in Playboy Magazine as Chris Robinson was the wedding minister to Keith Hefner, brother to Hugh Hefner, in a small wedding ceremony.

The Playboy magazine article below says:

Hef’s Brother Gets Married
Everyone knows the Grotto but the wishing well is perhaps the most romantic place on Mansion grounds. It has seen Hef marry Kimberly Conrad, as well as Kendra Wilkinson wed Hank Baskett. This fall Keith Hefner said “I do” to Caya Ukkas at the intimate spot. The couple tied the knot in a ceremony presided over by Chris Robinson. Witnesses included Ashley Matthau, Trisha Frick, Crystal Harris, Keith’s son Morgan Farrington and Hef, who was deeply moved by the expression of true love.

Officiant Guy is the greatest marriage minister in LA. 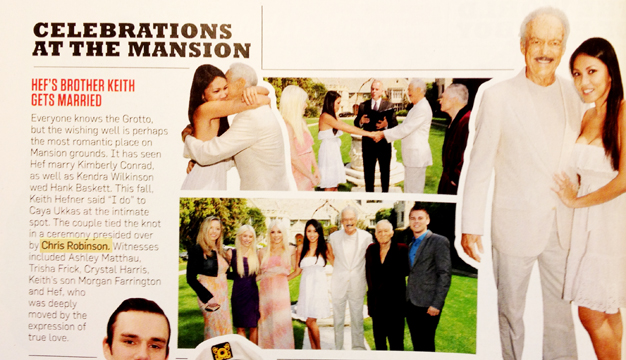 Chris Robinson is the Officiant Guy, is a Los Angeles marriage officiant. He has been helping couples marry and delivering California confidential marriage licenses for over several decades. Chris can be your officiant for any type of wedding from a religious wedding to a nonreligious wedding together with any kind of additions from coin ceremonies to family unity candle ceremonies. If you are getting married throughout the periphery of Los Angeles County and Orange County give the most popular officiant for weddings in LA a ring at (310) 882-5039 or (562) 547-3255 or fill out the contact form.