To Marry for a Green Card Marriage of Convenience

To get a green card marriage you must truly be in love. It is illegal to marry for a green card to a total stranger or just a friend. That person may then face can deportation. Their immigration visa would, obviously, be revoked. Plus, the American would face a jail sentence. When you do that, it ruins it for those couples who are in love. It makes it harder for those who want to be married through proper steps in the immigration laws. The process of legalization then becomes more and more difficult. 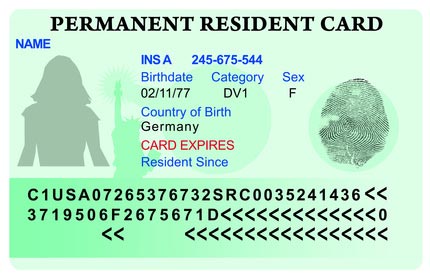 Tourist visas have an expiration. Call us if you are in love. We can help you get married. Many couples wish to elope to avoid the expiration date on their visas. They usually a more formal wedding ceremony later. As ceremony officiants, we can be there for you to provide a legal marriage ceremony. For green card marriage convenience it can be done quickly. The CA confidential marriage license is legal and private.

We are often called by many couples in love or their attorney. Officiant Guy can provide a marriage license and wedding ceremony, often on a moment’s notice. Please go to our marriage license requirements page for the proper information on how to get married with a confidential marriage license. It lists the proper documentation that is needed.

From the United States Citizenship and Immigration Services:

When is a Marriage Valid for Immigration? How long does it take to get a green card through marriage? Immigration marriage process:

A divorce that has taken place in another country is valid in the United States as long as it is valid in under the laws of the country where it took place and, importantly, as long as the United States recognized and respects the laws of divorce in the country. If the divorce is not final under the foreign law, the remarriage by the spouse who was not validly divorced is not valid for U.S. immigration purposes.

The primary focus of the USCIS in determining whether a foreign divorce is valid is whether the court issuing the divorce had jurisdiction to do so.

Evidence of a Valid Marriage

The burden is on the non-United States citizen applicant to establish that he or she is in a valid marriage with his or her U.S. citizen spouse for the required period of time. A spouse of a U.S. citizen must provide an official civil record to establish that the marriage is legal and valid. If an official civil record cannot be produced, secondary evidence may be accepted on a case-by-case basis but much more difficult to show proof a valid marriage with secondary evidence than it is with an original.

In those jurisdictions that recognize common law marriage, an honest good-faith intention on the part of two persons , who have the right to marry each other , to live together as spouses from the inception of the relationship as spouses can result in a legal marriage after that relationship has taken place for a specific period of time without interruption. In order for a common law marriage to be valid for immigration purposes :

U.S. Citizenship from Time of Filing until Oath

1. Married and Living in Marital Union

•He or she is not residing with his or her United States citizen spouse at the time of filing or during the time in which the applicant is required to be living in marital union with the citizen spouse; or

•If at any time prior to taking the Oath of Allegiance, any events take place that may lead to the conclusion that the applicant nor the United States citizen spouse can be considered to be residing together as spouses. There are only limited circumstances that may permit an applicant to avoid this rule.

2. Loss of Marital Union due to Death , Divorce , or Expatriation

A person’s marital status may be terminated by a judicial divorce or by an annulment. In either case, the marriage is no longer a legal marriage for purposes of immigration or naturalization.

An applicant may not naturalize as the spouse of a U.S. citizen if the U.S. citizen has expatriated any time prior to the applicant taking the Oath of Allegiance for naturalization .

3. Failure to be Living in Marital Union due to Separation

A legal separation take place when the rights of a married couple are altered by a judicial decree does not terminate the marital relationship. In nearly all such cases, the applicant will no longer be actually residing with his or her U.S. citizen spouse, and therefore w ill not be living in marital union with the U.S. citizen spouse. This may be the result even if the couple continues to live at the same residence.
With few exceptions, an applicant who is legally separated from his or her spouse during the time period in which he or she must be living in marital union is ineligible to naturalize as the spouse of a U.S. citizen.

Factors to consider in making this determination may include :

•The length of separation;

•Whether the applicant and his or her spouse continue to support each other and their children (if any) during the separation;

•Whether the spouses intend to separate permanently; and

•Whether either spouse becomes involved in a relationship with others during the separation.

Under very limited circumstances and where there is no indication that the spouses encountered marital disunity , an applicant may be able to show that he or she is living in marital union with his or her U.S. citizen spouse even though the applicant does not actually reside with citizen spouse. Separation from one’s spouse does not invalidate naturalization if the separation is due to circumstances beyond his or her control, such as

•Service in the U.S. armed forces ; or
•Required travel or relocation for employment .

Officiant Guy is a California nondenominational minister for weddings. He has been an officiant for weddings over several decades. He has been on TV many times. He has married many celebrities. He issues Los Angeles confidential marriage licenses. Call the most popular officiant in Los Angeles County. Planning to get married anywhere in LA or OC Counties? Then call (310) 882-5039 or (562) 547-3255. Or fill out the contact form.